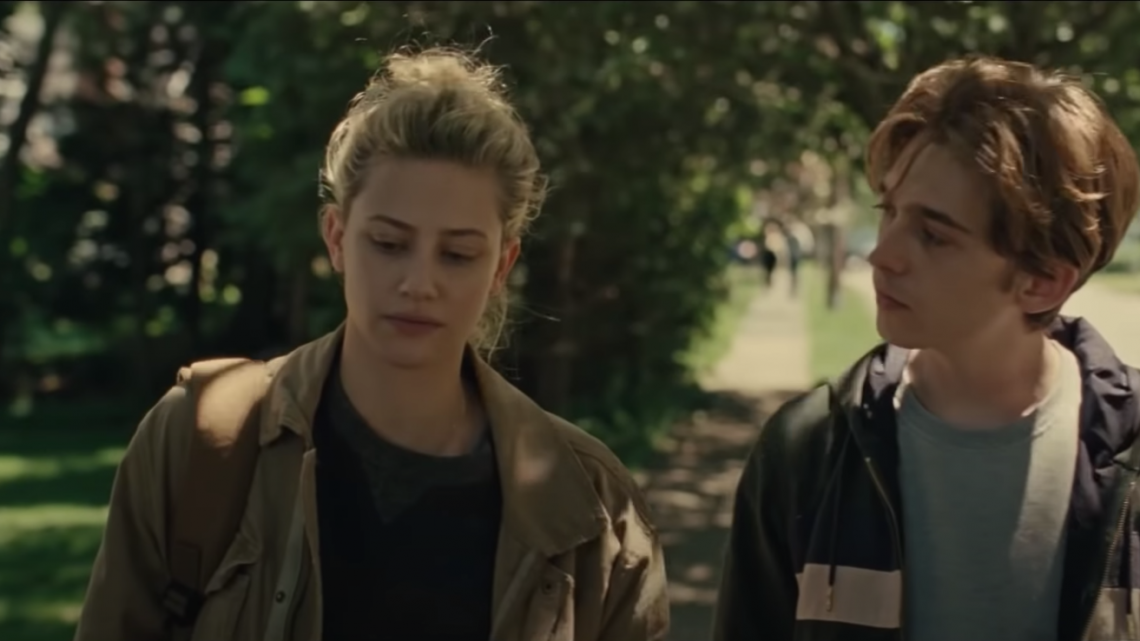 To talk about the film, our correspondent, Luis Mario Muñiz had the opportunity to talk with the director, RICHARD TANNE, below all the information:

LM: Good morning Richard, I am Luis Mario Muñiz from CineFX Digital, here from Mexico City, and I’m here in this strange situation of Coronavirus quarantine to talk about your movie Chemical Hearts. How are you?

RT: I’m doing well, I want to say thank you for taking the time to cover the movie, especially during this strange time.

LM: Thank you for letting us do this interview. First, what were some of the issues for adapting this beautiful story, that Krystal Sutherland made, to film?

RT: I wish there was a more interesting anecdote about the challenges of writing the script but, the truth is it was a very intuitive and fluid process because I had Krystal’s book and I connected so deeply to some of the themes that she was writing and the dynamic between the two main characters that sort of pushed and pulled the rollercoaster of emotions, exploring coming of age and crossing the threshold from adolescence to adulthood through pain and loss and heartbreak and grief, I related to that. That, plus the fact I had this book to go back, remember and think about, while I was writing this script it was, I don´t want to say easy […] it’s always hard to pump out the words, but compared to other experiences it was relatively painless, because I had this silent collaborator in the book and I was remembering so much about my high school years and the way that I felt back then and my own memories, that fed my writing process as well.

LM: Personally, I think you made a great job portraying this story. Also, Austin Abrams and Lilli Reinhart were amazing, how was working with them?

RT: Working with them was so great. They are both young, but they have so much experience, working on different sets and making movies and TV shows, but the thing is they’re so young that they both have this fire inside of them to prove what they can do to the rest of the world. Austin got a lot of different acting and different rolls, in Lilli’s case, she has done a few things outside of Riverdale, but people really know her as that character, so I think this was opportunity for her to show that she’s capable of more. Once she trusted me creatively, she was malleable, she was bendable, she was open to suggestions, to trying new things and taking risks and taking big swings with her performance because she had a lot to prove. In Austin’s case it was a little bit of a different process because he’s more of a method actor, he puts on the character’s mask at the beginning and he doesn´t take it off for the full shoot, so he wants to talk about everything and ask a lot of question and rehearse, so there were different processes for both of them but my job mostly was to tell them where the camera is going to be, tell them how are they going to move and where they are going to walk and then be their buddy, be their friend, encouraging them and reminding them that they can do what they’ve been hired to do.

LM: Yeah, and generally you can see this chemistry you had throughout the movie, also with Albert Salas which work was also amazing, so, linking it with this, why do you think this movie’s different because, personally, I felt it realistic, lighthearted, different to other drama romantic movies, so why and how is it different?

RT:  Well, I think It’s different because it’s only trying to be itself, it’s only trying to be what it is. I never thought too much about other movies about young people or coming of age films, I never thought too much about young adults movies or properties, I don´t know too much about that genre so I was making this from a very authentic place, a feeling that I had about the anguish of being young. I wanted to tell that story. If it’s different it is because it stayed true to itself. The conversations that Albert and I were having were about movies like Vertigo, In the Mood for Love, Blue is the Warmest Color, Eternal Sunshine of a Spotless Mind and Blue Valentine, so in a weird way it’s this combination of my point of view, being a film loving 35 year old artist connecting with these adolescent 17 year old emotions and memories, making my older self making a movie with the wisdom that I have now for my younger self, with things that I would’ve liked when I was 16, 17 years old.

RT: It’s not any one story, it’s more of a discovery that became a regular occurrence. I discovered at some point that Lilli was motivated by eating ice cream sundaes, drinking mountain dew and, there’s a chain of restaurants called “Panera bread”, a totally average ordinary sandwich restaurant, and that’s all she eats so once I knew I could motivate her and her performance by having ice cream sundaes, mountain dews and sandwiches sent to set, it got so much easier.

LM: Finally, any words for Mexico?

RT: Those words I have for Mexico are the same words I have for every country and, I know you are calling from Mexico city so, for any city or town: if you’re young, pre high school, high school, and you want something that’s kind of familiar maybe to your experience but a little bit off the beaten path, a little bit different than some of the movies that are made for your target audience, this movie’s for you. Same for audiences of all ages, one of the big points of the movie is that every adult is really just a survivor of the teenage years, so I think in that sense, no matter how old you are there’s going to be something hopefully for you in this movie, but if you are looking for something cheery and poppy and happy, don’t bother watching it.

LM: Perfect, so thank you a lot for your time and for everything.

RT: Thank you, Luis, I appreciate it.

Chemical Hearts will premiere on August the 21st on Amazon Prime Video on a worldwide scale. We urge all teenagers to go see it as it is enjoyable, just the right amount of sad and realistic.