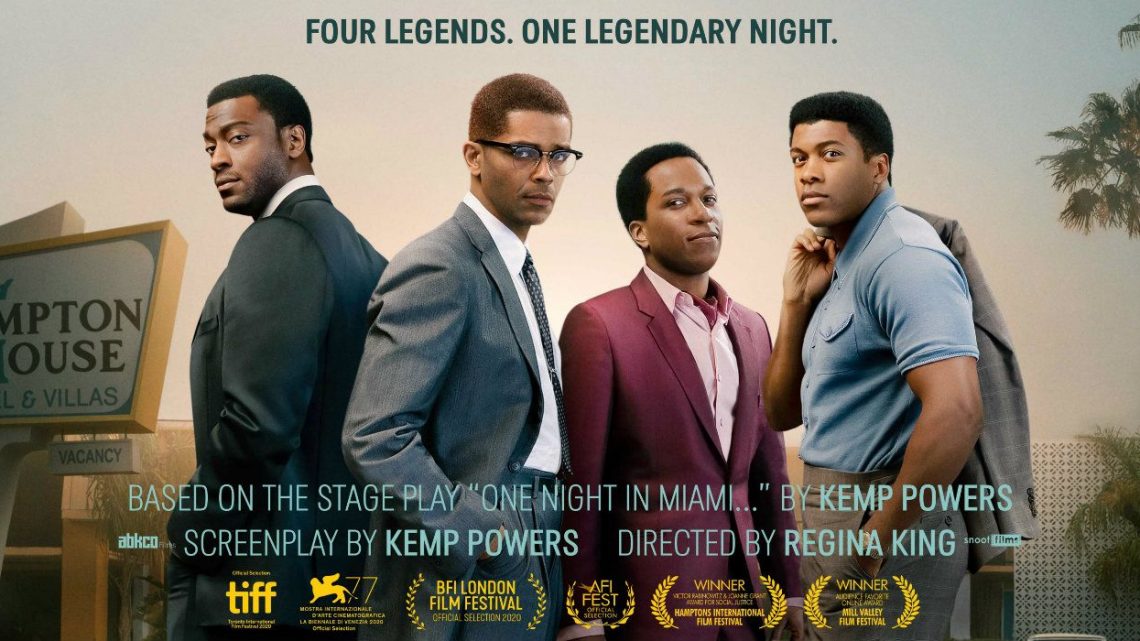 REVIEW: ONE NIGHT IN MIAMI… FROM AMAZON STUDIOS

One Night In Miami is the new drama film brought to us by Amazon Studios, about a fictional encounter between Muslim preacher Malcolm X, boxer Cassius Clay (later known as Muhammad Ali), singer Sam Cooke and NFL player and actor Jim Brown, the night Clay became champion. The film is the directorial debut of the award-winning Regina King and the script was written by Kemp Powers, based on the play of the same name.

The story, being quite simple, has an important background, not only historically but for today. One night, a series of conversations by the four of them in the great movement they represented as black famous males in the United States in the 1960s.

The choice of cast was excellent. The actors are perfect for each of their roles and together they have incredible chemistry. Kingsley Ben-Adir, who plays Malcolm X, does an incredible job of presenting a character that contrasts with the group but is seen as a kind of leader. Eli Goree makes a very good Cassius Clay, young but who knows the importance he takes within the story almost as a central role. Aldis Hodge and Leslie Odom Jr. (Jim Brown and Sam Cooke, respectively) don’t lag behind as the more relaxed side of the anti-racism movement and are well balanced against Malcolm as the influence of young Clay.

There is nothing remarkable about the cinematography because, as mentioned, the story is quite simple. Apart from the characterization, costumes and some details to make it a period piece, the cinematography is simple, without taking points off the film as it does not need more.

This film is the first one I recommend for all ages and all types of audiences this year 2021, because it leaves great learning, the script shows intelligence and tenderness in moments and, even though the encounter is fictional, it borders on reality and shines for its importance and performances. The film will be available at Amazon Prime from Friday, January 15, 2021.