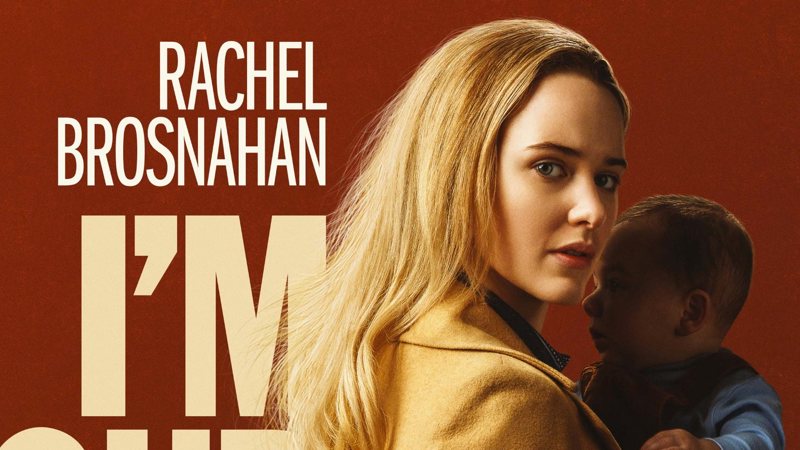 Sometimes the best social commentary in art is that which is subtly and intelligently placed by the artist. Julia Hart did an excellent job directing and writing Prime Video’s new proposal, I’m Your Woman. In the film, we can see a story of drama and thriller full of small social commentaries with a great echo in the present time and that manages to maintain the suspense and the interest of its public.

The scene is set in the United States in the 70’s. Jean (Rachel Brosnahan) is a young woman whose greatest desire in life is to have a family with her husband, Eddie (Bill Heck), a notorious criminal, but they cannot have children. Her life takes a 180-degree turn the day Eddie comes home with a baby and tells her it’s hers and that she doesn’t have to worry about anything. That same night Eddie disappears, and Jean has to escape to a very different life from the one she was used to, gain strength and character and face criminals who are looking for her husband for being a traitor.

The cast includes Rachel Brosnahan, double Emmy winner for her role in the series The Marvelous Mrs. Maisel from the same production company, which shows a role with a great development throughout the history of a submissive woman, devoted and weak to a strong woman capable of anything for those she loves; Arinzé Kene as Cal, who is the man in charge of helping Jean to escape and Marsha Stephanie Blake as Terri, Cal’s wife, who is shown as an inverted mirror role of Jean, with which she must realize the need for change to survive.

In terms of cinematography, Bryce Fortner did an incredible job making this beautiful film. The color palette, the long scenes that Jean and her baby share, the music and the light are presented as an example for many other films of what people want to see when they go to the movies. The only problem that could be found is a rhythm that at the moment feels slow, maybe because of the script, since it is a story that could have been shorter and achieve the same goal.

In conclusion, the film has its strengths but don’t wait to see the best drama in history. It is a good film, it has social commentaries on racism, feminism and privilege in the United States, it handles a bearable and pleasant amount of suspense, but it is also not a 10 out of 10, at most an 8 out of 10.