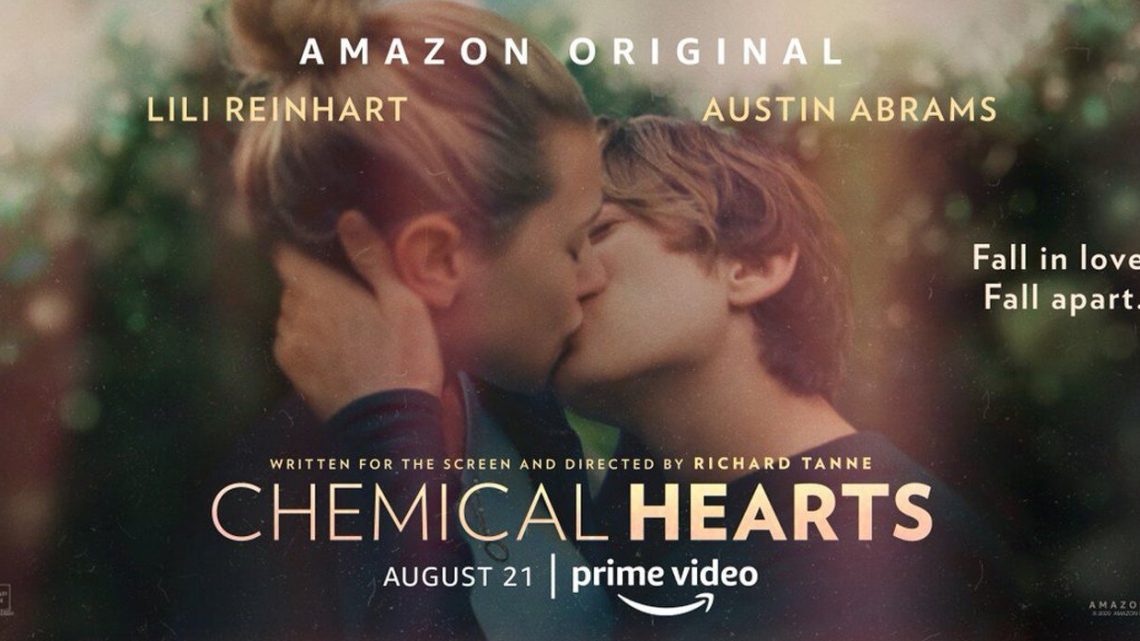 If I had two choose two words that appeared on my mind while trying to describe the movie Chemical Hearts, although it may sound redundant, are chemistry and reality. The romantic drama scores while it drifts apart from the gender movies’ that are too exaggerated and explosive. Its sustained calmed and passive tone gives the audience a sense of reality like a few movies can. On the other hand, a great cast with great chemistry are essential because, without that, the movie would appear probably as a bit tedious.

Chemical Hearts centers on Henry Page (Austin Abrams), a high school teenager whose mind has always been occupied with school, his friends and writing. On his last year of high school, he desires to become the editor-in-chief of the school newspaper. When he is invited to be co-editor with the new girl, Grace Town (Lilli Reinhart), a mysterious teenager who always appears to be a bit blue, he falls in love, having his first love for an unusual person. Little by little Henry will get closer to Grace, while she will open up, unveiling her disastrous past secrets.

The story is simple. Although it is not the usual boy meets girl story, it doesn´t tries to be amazing or a unique story, it is what it is, and that’s good. The story mixes up love and death in a non-tragic way, presenting events of life that may come to anyone, and it presents those events in a realistic way.

Even though at times the script may appear as slow and dull, in general it is a very good adaptation of the book Our Chemical Hearts, by the Australian author Krystal Sutherland. Love is presented as a chemical reaction which is stronger during the first love combined with adolescence, a difficult time for everyone. The story doesn´t follow a simple line of events from knowing each other to happy ever after, it goes back and forth, which may be a bit anticlimactic for some people, but it is how real life goes.

Focusing on cinematography, the movie is beautiful. It has some experimental camera approaches, the background has dark and beautiful colors, and though it has its mistakes, in general it is an aesthetic film.

The cast, conformed in general by new talents, is formed of good elections. Lilli Reinhart takes it away with a performance that functions as the center of Henry’s thoughts and feelings, while Austin Abrams’ roll manages to generate empathy with people watching the movie, being at times uncomprehensive and at times a bit gray but achieving its objective on the critical points of the film.

Chemical Hearts will premiere on August the 21st on Amazon Prime Video on a worldwide scale. We urge all teenagers to go see it as it is enjoyable, just the right amount of sad and realistic.