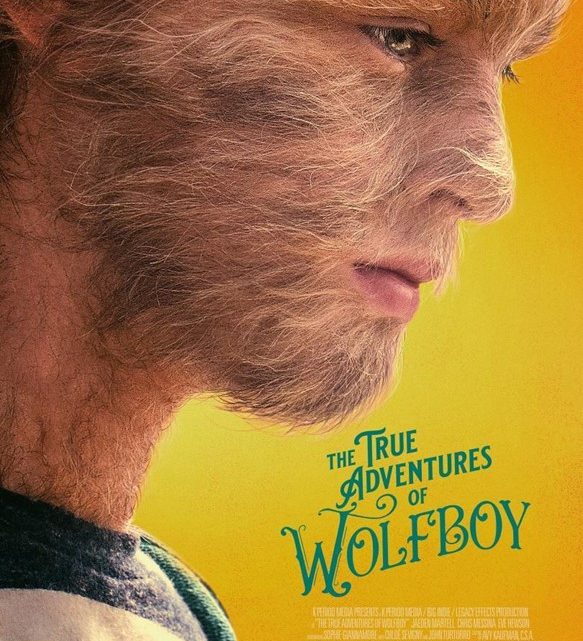 REVIEW: THE TRUE ADVENTURES OF WOLFBOY

Paul (Jaeden Martell) gets a call to adventure as a birthday present, which he takes without much hesitation, because he’s tired of being bullied and can’t stand thar his father (Chris Messina) never truly listens to him, despite always being willing to help. Paul runs away to look for his estranged mother, during his journey he will meet two girls: Aristiana (Sophie Giannamore) and Rose (Eve Hewson,) who will help him be more comfortable with himself so he can be who he really is.

The mistakes of the adults around him seem to be the main reason for his impulsiveness and misfortunes, starting with the mother who abandoned him and left behind a lot of questions that bother him. Despite that, Paul’s journey is for himself, to heal and feel better, so it is not terribly tragic that he goes through the consequences of others’ mistakes. He is also not the only one trying to right some wrongs, there are some adults that won’t give up on him, like his father, who will help save him, not only through his participation in the investigation and efforts to find him, but also through his teaching and gifts to Paul.

The most interesting details of this story are probably the origins and objective of Paul’s journey; its origin will bring new light to his problems and the wounds he still needs to heal to move on, when it seems it’s all over. The objective is interesting because it stops being important, everything Paul needed to grow up he finds during his journey, so he will face his mother as the new Paul, and not the hurt kid he was, meaning it wasn’t really going to help him as he hoped.

The true adventures of Wolfboy is a beautiful film about acceptance and growth, which the protagonist won’t accomplish just by himself, he will also get what he needs by forming bond with others, other “freaks” fighting to be able to live as they truly are.