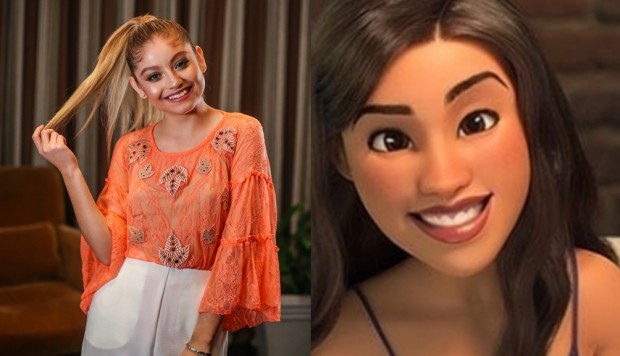 Karol Sevilla announced today that she will sing “El lugar”, which will sound in the final credits of WIFI RALPH, the new Disney movie. The theme is the Spanish version of the original song “In This Place”, performed by Julia Michaels, in the United States. Days ago, the actress and singer, star of Soy Luna, the hit Disney Channel series, revealed that she´s the voice of one of the characters in the film, “Dani Fernández”, marking his debut on the big screen. Directed by Rich Moore and Phil Johnston, WIFI RALPH opens in theaters on November 23.

“El Lugar”, performed by Karol Sevilla, will be the second song of the final credits and will be part of the WIFI RALPH soundtrack for Latin America, edited by Walt Disney Records, which will be available in Digital Format from November 16th. Then, on December 1st, their music video will be released.