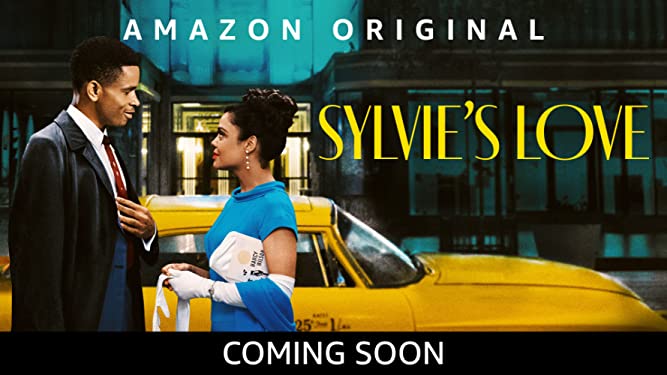 This Christmas week, Amazon Prime Studios brings us a great gift to stay at home and enjoy the magic of movies, Sylvie’s Love. The project written and directed by Eugene Ash and co-produced and co-starred by Tessa Thompson and Nnamdi Asomugha brings us a 60s story about true love, dreams and jazz.

Sylvie (Tessa Thompson), a woman with dreams and ambitions meets Robert (Nnamdi Asomugha), a talented up-and-coming saxophonist while working in her father’s record store. The twists and turns of life will put obstacles in the way of their love, but the same twists and turns will bring them together and separate them over the years.

The film is, as mentioned, set in the 1960s. The cinematography, the music and the script do an incredible job, working as a time travel taking us to this very special time for jazz and the American economic boom. The colors, the costumes and the editing are really what give the “magic” touch to the film.

Tessa and Nnamdi’s chemistry and performances are incredible. Tessa really shows an acting maturity that she has gained over the years, showing us the role of an empowered, intelligent and loving woman. On the other hand, Nnamdi is a more serious, tougher, but at the same time romantic and even tender man. The characters really show a growth throughout the film.

The film shows us a love story, one of those that are no longer told, in which letting go is sometimes the greatest act of love there can be. It doesn’t get stuck in clichés, it’s an interesting story and the perfect film for this Christmas. Sylvie’s Love is an excellent option for this December at home and to end with a smile in 2020.