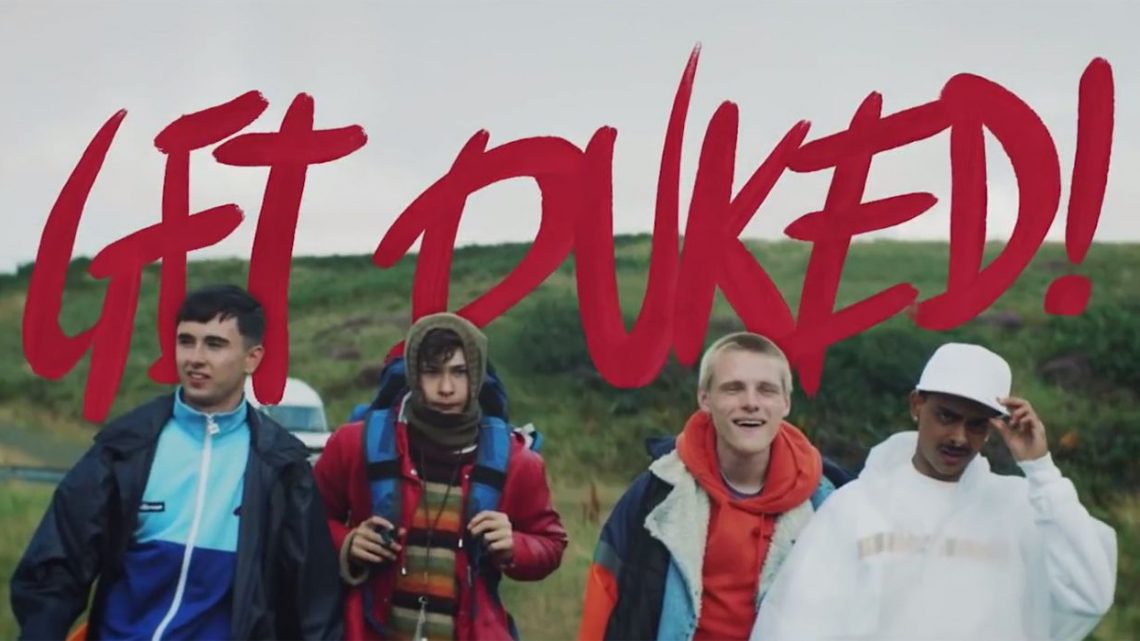 Funny, bizarre and silly. Get Duked! brings us the same British humor but with a new generation of English comedians in a satirical black comedy film with touches of suspense. The film stands out for its cinematography, music and great performances. The story is simple and direct, not at all deep, sustained by a very complete script with no major flaws. Ninian Doff did a great job writing the script and directing this cast, starring young stars (Samuel Bottomley, Rian Gordon, Lewis Gribben and Viraj Juneja) leaving a very funny and satisfactory movie.

Dean, Duncan and DJ Beatroot (Rian Gordon, Lewis Gribben and Viraj Juneja, respectively), three young delinquents, after committing a comical crime involving the explosion of a toilet, are threatened that if they do not win the Duke’s Award, an event in England in which a small group is left to their fate in the countryside without cell phones or adult guidance, they will be expelled from school. A fourth shy and well-behaved boy, Ian (Samuel Bottomley) joins the group when he is volunteered by his parents, with the aim of making friends.

Soon, all four will find themselves in a Get Out! situation in which they will have to fight, or at least strive, harder than ever for their lives. Drugs, hip hop, a couple of killer dukes, farmers and dumb detectives will give us a memorable story.

The cast, made up of the new talents already mentioned, has an incredible chemistry.  Dean is a great leader and support for his friends, Duncan is dumb but has great ideas, DJ Beatroot is snooty and unrealistic, but his confidence is a great element in the story and little Ian is shy and few words, a little antisocial, but very smart and finally the glue that holds the group together. In addition to these four, there are Sergeant Morag (Kate Dickie), a detective police, the party farmer (James Cosmo), Professor Carlyle (Jonathan Aris) and the Duke (Edward Izzard).

The music and the cinema manage to mix in a perfect way, using the technology and the atmosphere to make incredible and hallucinating scenes. The countryside is beautiful and is the perfect setting for this crazy story. The script, as already mentioned, is simple and shallow but complete, even having important social commentaries about the generational shock that is lived nowadays, especially on countries like the United Kingdom.

Get Duked! premieres this August 28th on Amazon Prime. It is the perfect choice for teens and young adults who enjoy black comedy, in silly moments, or English humor, in its ultimate performance after Danny Boyle’s Transpoitting.