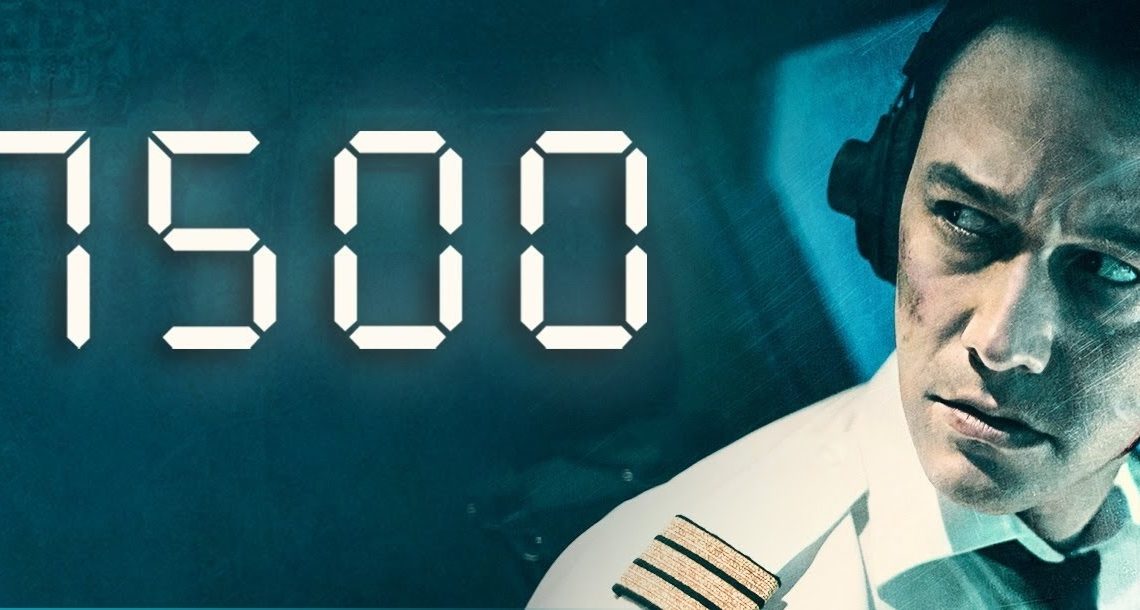 “An eye for an eye leaves the whole world blind” (M.K. Gandhi) appears on the black screen. A few shots from the Berlin Airport. Everything seems a bit clear of what is going to happen, but, on this type of situations, it is not what but how what’s really important. 7500 captures the hijacking of a plane like no other movie has before. Patrick Vollrath, in his feature-length film debut, brings us an amazing story, that has its center on the human side of a crisis.

Most movies that try to portray a hijacking of an airplane end up with superhero type characters against evil terrorists. 7500 leaves stereotypes behind to show us the reality, uncertainty, fear and desperation on its maximum level. A real-life hero who needs to ignore what is happening behind the cabinet, even if that means the death of people. At the same time, terrorists are shown as humans with all their feelings, humans who are really not prepared to die, who have lost more than people can handle and who feel they have no other option. They are not villains; they are just as trapped as anyone else on the plane.

Patrick Vollrath and Senad Halilbasic, writers of the film, manage to present us a story that develops only on the cockpit of the airplane and that with about only about 15 characters on camera keeps everyone on the edge of their sits. This is the perfect example that it is not necessary to have gigantic productions to have a good film. Augenschein Filmproduktion and Novotny & Novotny Fimproduktion, alongside with Film Nation Entretainment are the responsible for the production, bringing us points of view that are not limited to one nation, an international film.

The cast, on the other side, showed an incredible ability to bring this human script to life. Joseph Gordon-Levitt really shows us the peak of his career. Patrick Vollrath said when Gordon-Levitt was cast that he “is one of the most exciting actors on the screen today, and we can’t wait to work with him and see what magic he brings to this complex role.” Meanwhile, Omid Memar, who portrayed Vedat, a young Muslim hijacker, makes the perfect counterpart to the protagonist showing us a human, complex and full of emotion terrorist.

This movie will arrive to Prime Video of Amazon Studios on June 19th. Mind that it has violent scenes that are no apt for kids, but in general it is a great movie to learn about the intersection between crisis and humanity.